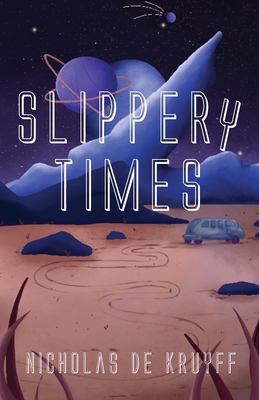 A MAN FOR OUR SLIPPERY TIMES

EDMUND LOVENIGHT would much rather party in Soho with the Dalai Lama than actually, you know, work. But when a dead cabbie named REG shows up with a message from the world's most cantankerous matron-of-arms, Lovenight embarks on a mission to rescue all of existence from a renegade archetype. Together with a stoned film student and a surly talking pug named 'Noodles', can Lovenight and Reg save the universe? Or will they muck it up? And will Lovenight ever get back to that swinging party in Soho?

Slippery Times is a cross-dimensional romp, packed with irreverence, glee, and several new and innovative cuss-words.