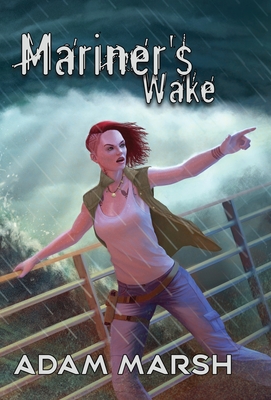 Kara Nkosi is a Mariner-sworn to protect those of her blood and heart, sworn to protect the sea. Generations ago, her people escaped starvation and oppression on stolen boats, only to find themselves in the midst of increasingly violent storms, rising waters, and international scorn.

They were up for the challenge.

Now, at the dawn of the twenty-second century, Kara's people are approached by their age-old adversary. When an ambassador from the United States begs the Mariners for help recovering a cache of unstable weapons of mass destruction, her people are naturally suspicious, but the threat of such weapons being unleashed in their waters is too great to ignore.

Only, the Mariners aren't the only ones racing to recover the cache, and Kara and her shipmates find themselves pitted against powerful corporate mercenaries and hardened criminals, all in the name of helping their sworn enemy. An enemy who may not be telling them the whole truth.