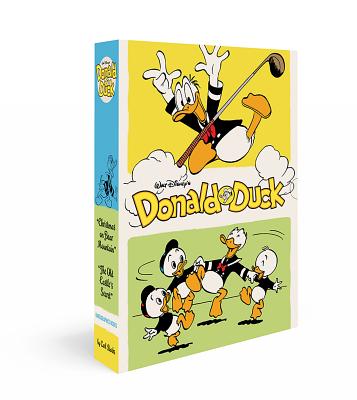 Available for the holidays in a stunning gift set.

We have a double dose of Donald Duck! This fall’s Barks Library boxed set collects our “Christmas on Bear Mountain” and “The Old Castle’s Secret” volumes, featuring the first-ever appearance of Uncle Scrooge, and much more! Handsomely presented in an attractive box set at a special price that even Uncle Scrooge would approve.

David Gerstein is an animation and comics researcher, writer, and editor best known for his work with The Walt Disney Company and its licensees. His published projects include Uncle Scrooge and Donald Duck: The Don Rosa Library (Fantagraphics, 2014-2018) and Mickey Mouse: The Ultimate History (with J.B. Kaufman; Taschen, 2018). He lives in North Carolina.