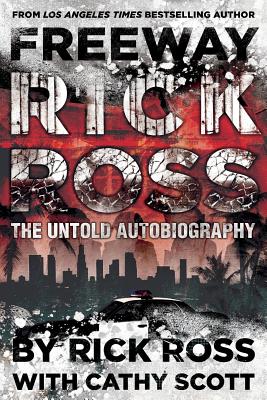 Freeway Rick Ross: The Untold Autobiography is an intimate look at the day-to-day dealings of a drug kingpin in the heart of the ghetto. It's also the story of a boy born in poverty Texas who grew up in a single-parent household in the heart of South Central, who was pushed through the school system each year and came out illiterate. His options were few, and he turned to drug dealing. This Untold Autobiography is not only personal, but also historical in its implications. Rick Ross chronicles the times by highlighting the social climate that made crack cocaine so desirable, and he points out that at the time, the "cops in the area didn't know what crack was; they didn't associate the small white rocks they saw on homies as illegal drugs." All Rick Ross knew was people wanted it.

Rick Ross, a high-school dropout who was an All-City tennis star, is one of those rare figures whose experience as a drug kingpin led him to a life of rebuilding the community he once helped destroy. His connections to the Iran-Contra scandal were first revealed in a series of articles published by the San Jose Mercury News. Ross appeared in VH1's documentary Planet Rock History of Crack and Hip Hop, and he was featured in an episode of Bet's American Gangster documentary, which focused on his connection to the Contra drug scandal. Recognized as a pawn in the drug game, Ross was a pioneer in the crack cocaine trade in Los Angeles, as well as in other parts of the US, where he harvested millions as an unknowing participant of CIA and US Drug Enforcement Agency operatives who offered him unlimited amounts of cocaine. He teaches an economics class at a Watts high school and regularly speaks to teens across the nation about making better choices in life. While in prison, he taught himself to read and write. His legacy is as an inspirational mentor to people in need rather than the former "Freeway" Ricky Ross as a player in the drug game. He is currently writing a second book, The Freeway Boys. He lives in Long Beach, California, with his wife and children. Cathy Scott is a veteran crime writer, award-winning investigative journalist and Los Angeles Times bestselling author who has written 10 books. Best known for penning The Killing of Tupac Shakur and The Murder of Biggie Smalls, her work has appeared in The New York Times Magazine, New York Post, San Diego Union-Tribune, George magazine, The Christian Science Monitor, Las Vegas Sun and Reuters. Scott taught journalism at the University of Nevada, Las Vegas for five years until she traveled to the Gulf region as an embedded reporter in the aftermath of Hurricane Katrina and stayed four months, resulting in the book Pawprints of Katrina. She has covered the mob extensively, including murdered Mafia daughter Susan Berman and racketeer "Fat Herbie" Blitzstein. Her latest books are The Millionaire's Wife and Murder in Beverly Hills. Her recent TV appearances include Investigation Discovery and VH1. Scott, who blogs about forensics and evidence for Psychology Today, is based in Las Vegas and has a second home in the mountains of San Diego County.