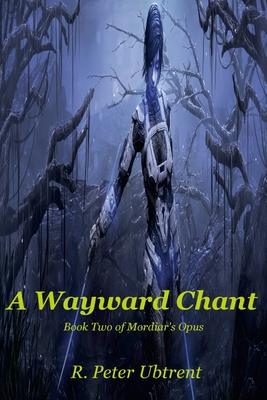 In the second installment of the Mordiar Opus, the Nergal Demesne, with the murder of his wife and two children, has set loose on the multi-verse the wrath of Mordiar Morduk. Determined to destroy the Demesne and all who command it, Mordiar has taken the hitherto useless rebellion and turned it into a killing machine and the high command has taken notice. Volarus, one of Mordiar's best friends, has been tasked with bringing him in, dead or alive and as the one who knows him best and blackmailed by the High Councilor, he just might be able to do it. With Tatiana the Druzsni, Yajna the Jag't'gar, Marin the Hor'ack, Ogdoad the Ogma, and the now young Kerria, Mordiar will destroy all in his path to get to those who ordered the death of his family. But he will only find more death and betrayal along the way as well as a new adversary, the Karai-Sin, who have been tasked with spreading the religion of their gods to all they encounter or kill them, whichever is easier. And then there is Yajna's parents, a foe who might just be the most dangerous Mordiar has ever faced. Romance, pain, betrayal, lust, and death all face-off against Mordiar and the further along he goes, the more he loses himself and might never find his way back.