Aye, and Gomorrah: And Other Stories (Paperback) 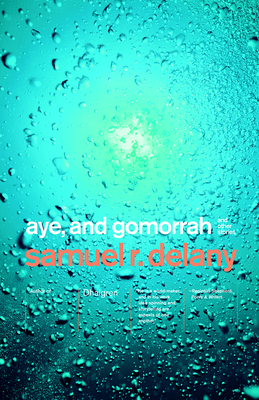 A father must come to terms with his son's death in the war. In Venice an architecture student commits a crime of passion. A white southern airport loader tries to do a favor for a black northern child. The ordinary stuff of ordinary fiction--but with a difference! These tales take place twenty-five, fifty, a hundred-fifty years from now, when men and women have been given gills to labor under the sea. Huge repair stations patrol the cables carrying power to the ends of the earth. Telepathic and precocious children so passionately yearn to visit distant galaxies that they'll kill to go. Brilliantly crafted, beautifully written, these are Samuel Delany's award-winning stories, like no others before or since.

After his seventh novel Empire Star (1966), Samuel Delany began publishing short fiction professionally with “The Star Pit.” It appeared in Worlds of Tomorrow and was turned into a popular two-hour radio play, broadcast annually over WBAI-FM for more than a decade. Two tales, “Aye, and Gomorrah” and “Time Considered as a Helix of Semi-precious Stones,” won Nebula Awards as best SF short stories of, respectively, 1967 and 1969. Aye, and Gomorrah contains all the significant short science fiction and fantasy Delany published between 1965 and 1988, excepting only those tales in his Return to Nevèrÿon series. A native New Yorker, Delany teaches English and Creative Writing at Temple University in Philadelphia. In July of 2002 he was inducted into the Science Fiction Hall of Fame.

“Driftglass [is ] one of the three finest science fiction stories ever written.” --Terry Carr, Lighthouse

“In "We, in Some Strange Power's Employ, Move on a Rigorous Line," [Delany] has created a masterpiece.” --The New York Times Book Review